Florida is full of wild animals, but there are a few new wild ones you've probably never seen before. While you might have expected to see alligators touring the Sunshine State buckle-up for a truly wild ride. Cruise through our Drive-thru Safari Park that will take you from the grasslands of North America to the Plains of Africa. On the blog, read about nine of the exotic animals you can see during your safari park tour! 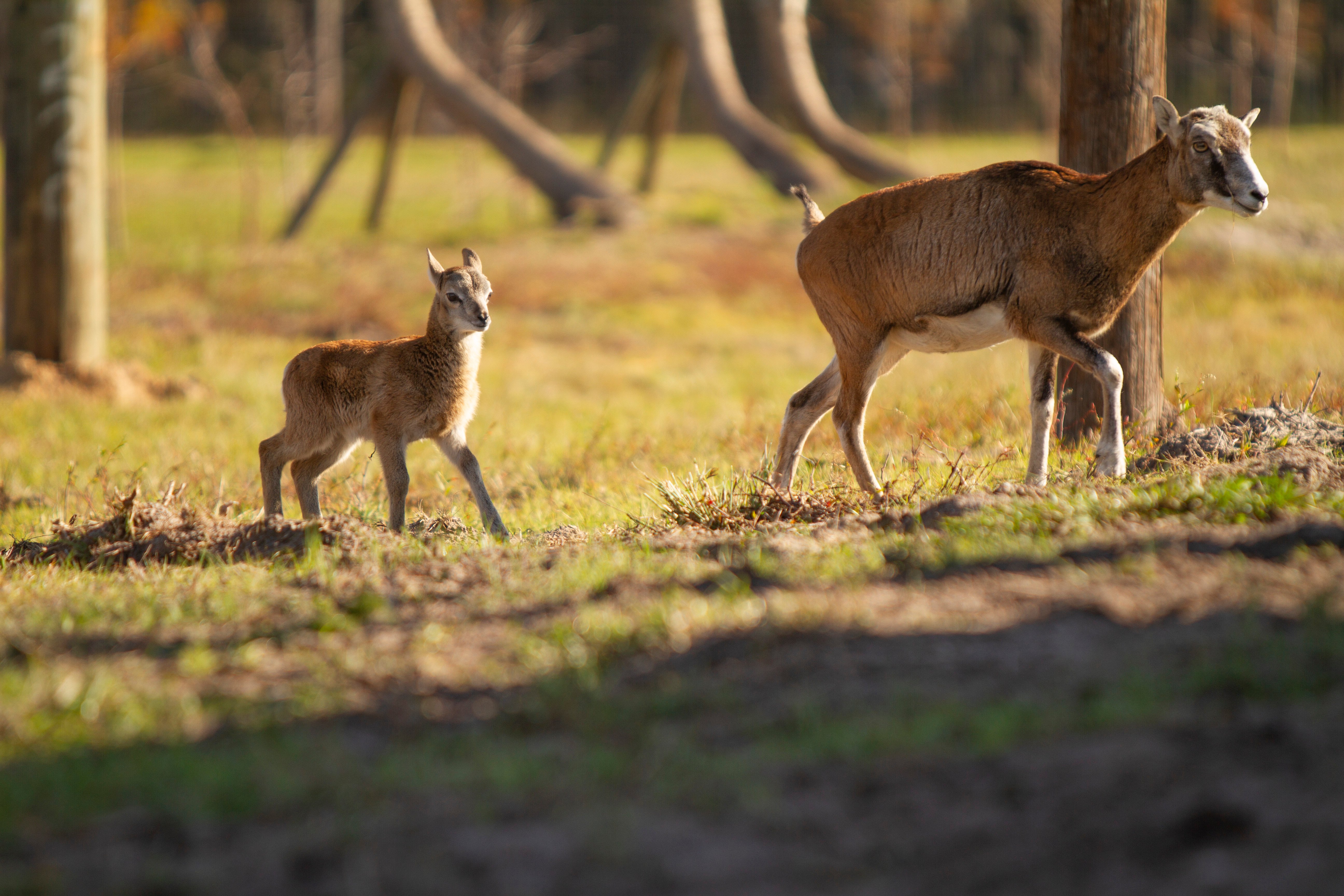 1. Mouflon Sheep
Mouflon sheep are a species known as one of the two original ancestors of modern-day sheep. They are native to Asia and Europe where they occupy open forest areas on steep mountainsides. Test your knowledge along the trail and sort out the males and females! Male mouflon sheep have large horns of a sickle shape while females have much smaller and shorter horns.

2. Water Buffalo
Did you know that water buffaloes are herbivores and feed mainly on grass, herbs, and other vegetation throughout waterways? Since they spend the majority of their time submerged in water, aquatic plants make up most of their diet. As a result, their presence in a habitat solely depends on freshwater availability.

3. Zebra
Each individual zebra has a unique black and white striped coat that makes them easy to spot as you drive through our animal park. In addition to the dazzling effect their beautiful stripes create, they also provide a very practical service to the animal. Air moves at different speeds over light-absorbing black stripes and light-reflecting white stripes, so the zebra actually creates its own cooling air currents simply by having stripes.

4. Scimitar Oryx
Originating from Africa and the Arabian Peninsula, the scimitar oryx is Earth’s closest thing to a unicorn! The Egyptians used to bind their horns together to make it appear that they had one, and over time, the herd’s horns fused together! Though our scimitar oryx have two separate horns, visiting these exotic mammals is sure to create a magical experience for you and your family as you cruise through the Safari animal park! 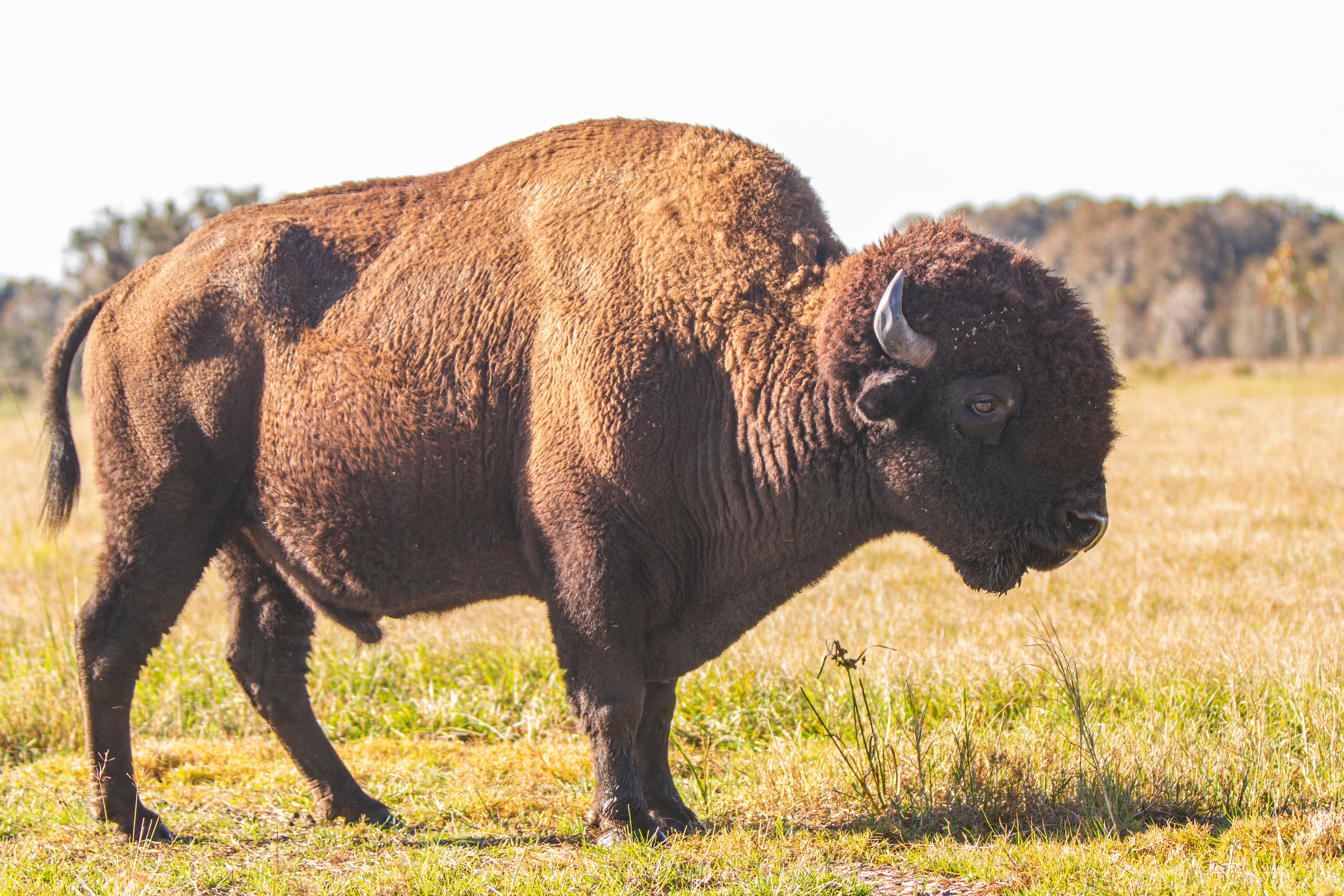 5. Bison
They are North America’s largest land animal weighing between 1,000 to 2,000 pounds! Believe it or not, ancient bison were much larger than they are today. Don’t let the name fool you though, bison are exotic too! Originally from Asia, they made their way here by crossing the ancient land bridge that once connected Asia and North America 400,000 years ago. Despite their massive size, buffalo were nearly hunted to extinction in the late 1800s. If it wasn't for private and public conservation efforts, these magnificent animals would only be visible in history books.

6. Kudu
Did you know that the kudu is one of the loudest breeds of antelopes? Since they rarely are found out in the open, they produce a gruff like barking noise to communicate with other surrounding animals. Male kudu are easily identified by their impressive curly horns, and females by their almost perfectly spaced, bright white stripes across their shoulders and back.

7. Eland
Have you ever heard of ruminant animals? Similar to cows, sheep, and goats, elands have a digestive system much more diverse than ours. Instead of one compartment to the stomach, they have four, the rumen, reticulum, omasum, and abomasum (in that order). Because of this, elands are able to live in a wide array of environments including the desert, savanna, grasslands, and mountains.

8. Llama
Their fluffy and cuddly appearance is often deceiving as llamas are excellent guards for herds of small animals. By naturally adopting herds of sheep or goats as their own, llamas will chase off coyotes and other animals that present a threat to the herd. Before becoming herd protectors in North America, llamas were originally used in Peru as pack animals. Though they are fierce in the animal kingdom, llamas are highly social and will strike a pose for Instagram worthy pictures as you learn about native and exotic wildlife at the safari park!

9. Reticulated Giraffe
Have you heard that the name giraffe derives from the Arabic word “zarafah?” This translates to “one who walks swiftly.” While many people know giraffes as being the tallest land mammal on earth, they also happen to have the largest heart. After your drive through our Safari Park, get out and continue your journey up to our giraffe feeding platform and enjoy hand-feeding these gentle giants.

Seeing these exotic animals and more will be the highlight of your day but your adventure doesn’t have to stop there. When it comes to adventure, we’ve got you covered. From exploring the Florida Everglades, getting wild during one of our animal encounters, and discovering new animals in our Gator Park, we’ll be your wildest adventure yet.