A day in the life of Duke, our adorable bobcat

A day in the life of Duke, our adorable bobcat

We all have a daily schedule or routine. Wake up, brush our teeth, get dressed, eat breakfast, head out the door to work (or maybe the beach if you're really lucky), and so on... Our animals are no different. They have a schedule of their own, too. While it may look like Duke, our bobcat, is just playing around most of the day, here is a brief look at his busy schedule inside our Gator Park. 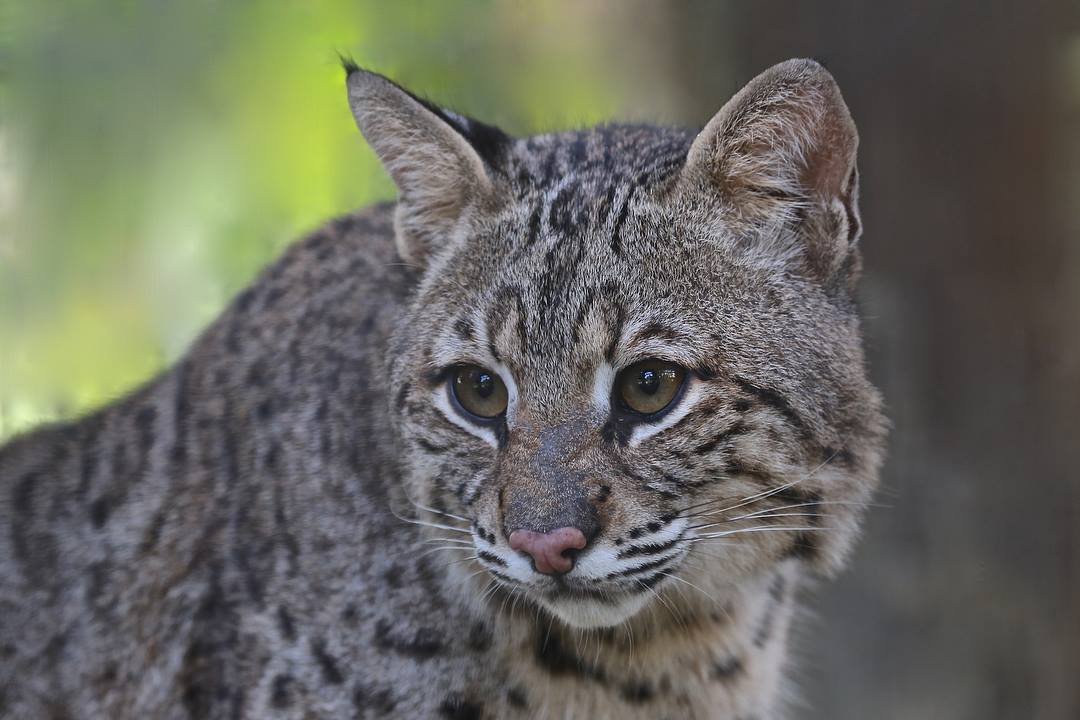 Let's be honest, most of us are not morning people. But for Duke, his energy level is much higher than the average house cat, which makes waking up much easier. However, in the wild, bobcats are more nocturnal. Oftentimes, they'll sleep during the day and be more active at night.

Since breakfast is the most important meal of the day, Duke gets a plate of fresh chicken to help fuel him for the day. In the wild, bobcats primarily hunt small mammals such as rabbits or mice because of their small size. However, it isn't uncommon for bobcats to occasionally take down larger mammals such as deer.

Once his belly is full, Duke will take a morning stroll through his home and scout out any changes that may have occurred while he was asleep. As natural explorers, bobcats are curious creatures that like to keep track of what's going on in their environment. With Duke being located right next to the Hawk Swamp, it's always a treat to see if any new animal neighbors have moved in. 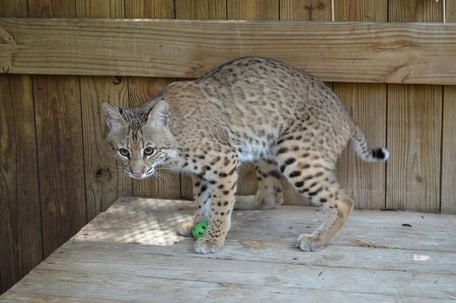 As we stated earlier, bobcats have a higher energy level than domesticated cats, so to burn off some of that energy, you can often catch him exercising throughout his exhibit. With a tire swing, log perch, and wood platform, Duke is able to practice his parkour skills as often as he'd like. With his large paws and agility, you might be able to see him jump upwards of about ten feet.

As a "wind down" activity, Duke has various enrichment toys he can play with in his home. In fact, all of the animals at Wild Florida have enrichment toys in or around their exhibit. These toys are meant to stimulate animals and can be something as simple as a small towel or cardboard box.

After all that exercise, you can often catch Duke catching a few Zzzz's as he takes an afternoon "cat nap" (pun intended!). Hiding from the summer heat, you'll probably see him sleeping in a wooden den in one of the corners of his exhibit.

At the end of a busy day comes dinner... a meal we all look forward to, right? Duke has spent his day scouting, exercising, and being friendly hosts to visitors like you, so he needs to refuel with nourishing things to eat. Duke finishes off his day with a plate of fresh fish and chicken gizzards and settles in for the evening.

While his life may seem swamped when you really pay attention to his daily routine, Duke always makes time for his guests. So if you find yourself at our Gator and Wildlife Park, make sure to walk toward the Hawk Swamp where you'll see all of Florida's native animals, including Duke at the end!