Let's be honest. What's your fondest memory of school? The field trips, right? But which one really sticks out in your memory? Was it that time you and your class traveled north to learn about St. Augustine and see if the Fountain of Youth was real? No matter how old you get, as a teacher, you always remember that feeling of amazement when you learn something new. And now, it's your turn to do that for your class! So how do you want to be remembered? Well, if you're looking for something fun and educational to do with your class this year, here are 11 facts about the Florida Everglades your students will learn on an Orlando airboat ride.

1. Learn about a plant species that can cut cloth

One of the first things you'll notice on your Florida airboat ride is this tall plant that looks like overgrown grass. But, if you look closely, you'll notice there are tiny ridges along the length of its sides. These ridges are so sharp that they can cut your clothes if you aren't careful!

2. The Florida Everglades starts at the Kissimmee River and flows south into the Florida Bay

The slow-flowing, watery ecosystem encompasses millions of acres from Central Florida to South Florida, including the Kissimmee Chain of Lakes, Kissimmee River, and Lake Okeechobee. Beginning just south of Orlando, where Florida settles on a porous limestone base, there is just enough of a tilt where it can steer water in a southward flow toward the end of the peninsula.

3. The Florida Everglades is the largest subtropical wilderness in the U.S.

The Everglades is a massive biological unit with varied landscapes that once comprised nearly half of the state. (In fact, the Everglades National Park alone covers 1.5 million acres of the southern tip of Florida!) Like most habitats, there is a delicate balance of water and life, a sanctuary for insects, birds, reptiles, and mammals. We're lucky to be at the northern part of this large and diverse landscape so we can show it off to visitors every day.

4. There are more than 350 species of wildlife that live in the Everglades

While the craziest thing you might've found in your backyard was a big lizard (or your dog after they played in the mud), the Everglades is home to more than 350 species of wildlife, with 67 of them being endangered species. Although there might be some that are familiar to you, there are ton living in the trees, the marsh, or water that you probably haven't seen and might surprise you.

5. 1 out of 3 Floridians rely on the Everglades as a source of water 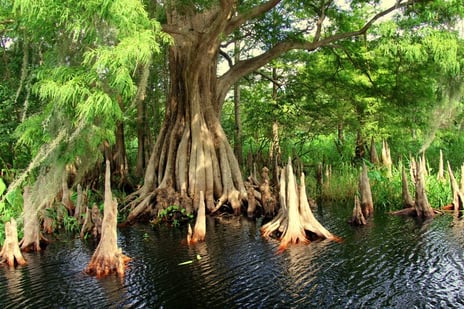 As we mentioned before, the Everglades is a slow-flowing river that covers just over 2 million acres of southern Florida. And through storage, treatment, and conveyance each year, the Everglades provides fresh, clean drinking water to about 8 million Floridians.

6. The Everglades is the only place where crocodiles and alligators co-exist

Although both are reptiles, these two species live in two very different environments. But Florida is the only place in the world you can find alligators and crocodiles living in the same ecosystem. Alligators live in the fresh water of the river of grass, while the crocodiles live in the salty waters on the southern tip of Florida.

7. The CERP is a restoration attempt to help protect the Everglades

The Comprehensive Everglades Restoration Plan (CERP) is the most comprehensive and expansive environmental restoration attempt to help protect the Everglades in U.S. history. Originally passed by Congress in 2000, the CERP's plan is to use the best available science and projections to restore the right "quantity, quality, timing, and distribution" of freshwater to the natural system.

8. The Everglades contains the largest continuous strand of Sawgrass Prairie in North America 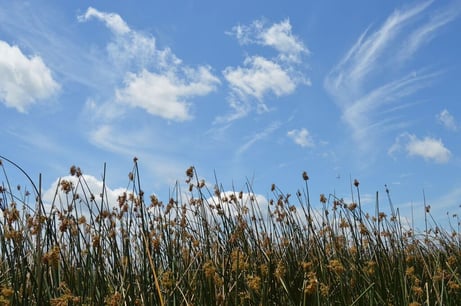 s mentioned earlier, Sawgrass is a tall plant that looks like grass but actually has small ridges along its sides. Before even stepping on to your airboat ride in Florida, you'll notice that this plant can be seen throughout much of the landscape.

9. Learn about invasive species that are moving into the Everglades

While the Burmese python is cute enough to be a pet (for some people), when they start reaching 15 feet, they unfortunately end up in the Everglades. And Florida's swamps and wetlands provide the perfect breeding ground for the Burmese python to thrive outside captivity. This invasive species is now considered the “snake that’s eating the Everglades".

10. Find out what is the most dominant form of life in the Florida Everglades

While Sawgrass seems to dominate the Everglades' landscape, the most common plant you'll see is actually a plant called Periphyton. This is a golden-brown substance floating in the waters of the ecosystem and as serves as the base of many of the Everglades' food chains. It can even be considered a miniature habitat since it contains food, water, shelter, and space for small critters.

11. Mosquito larvae is an important part of the Everglades food chain

Despite how annoying it is to constantly smack away a mosquito, their larvae is an important source of food for fish and other small critters living in the Everglades. So, if you can, try swiping them away as opposed to swatting them, so they can create larvae in the future and help support the Everglades' ecosystem.

Motivated to give your students a memorable experience along with a little fun mixed in? Book an Orlando airboat tour now for you and your class! Or, if you're not quite sure on what to ask your students to pack for the trip, download our Teacher's Survival Guide. That way, you can ensure your students receive the best learning experience and be engaged throughout the field trip.