What in the world is a caiman, and how does it relate to an alligator or crocodile?

What in the world is a caiman, and how does it relate to an alligator or crocodile?

Alligators are the stars of the show here at Wild Florida… I mean, come on, have you seen how cute Fluffy is? But they aren’t the only crocodilians living in Florida, and it’s easy to get them confused. The snout is the easiest way to tell the difference between an alligator and a crocodile… unless you get close enough to get a good look at their teeth (which we don't recommend)! All three of these big reptiles – alligators, crocodiles, and caiman – have features in common, but read on to discover some differences... 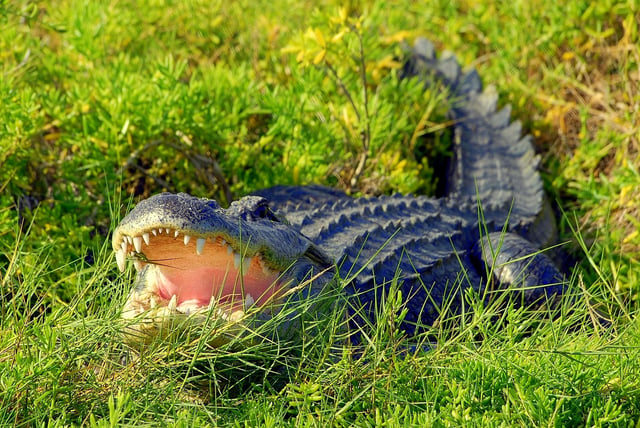 Alligators are usually found in bodies of fresh water, which is why you’ll spot them in the swamp on your Orlando airboat tour. They tend to only be found in the southeastern United States, South Africa, and China, while crocodiles can be found all over the world. Crocodiles can survive in both fresh and salt water, which is why they can be found most anywhere. But did you know the Everglades is the only place where crocodiles and alligators co-exist? Caimans can also adapt in both habitats, and are sometimes kept as pets. Although they're the smallest of the crocodilians (they are rarely over seven feet in length), we don’t recommend it because it’s not only illegal in the United States, but the animal shouldn’t be kept in poor, household conditions either. 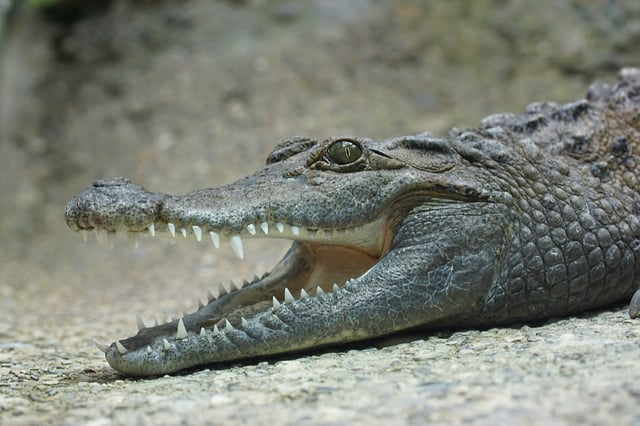 Now, the physical differences can get a little tricky, especially because a full-grown caiman can be confused for a young alligator. However, crocodiles are usually the largest when it comes to overall size. A salt water crocodile can grow to sizes over 23 feet and weigh up to 2,200 pounds… now that’s a big reptile! The average size of a female alligator is 8.2 feet, the average size of a male is 11.2 feet, and they usually don’t weigh more than 1,000 pounds. An average caiman is about 43 inches to 197 inches in length, but a black caiman is a totally different story. They are the largest caiman species in the world at over 20 feet long! Alligators and caimans both have a rounded, U-shaped snout and tend to have an overbite, while crocodiles have a V-shaped snout and no overbite. If you ever see their sharp teeth up close, caimans and crocodiles have dagger-shaped teeth and the inside of their mouths are an orange-ish color. If you ever get a chance to catch a gator feeding show at our Gator and Wildlife Park, you’ll notice alligators have conical shaped teeth and the inside of their mouths are a beige color.

We can talk about the similarities and differences of these big guys all day, but the easiest way to tell them apart is by comparing photos or seeing them in their natural habitat! We doubt you’ll ever catch all three of these guys swimming around together, but if you ever do, you’ll now be able to tell them apart!