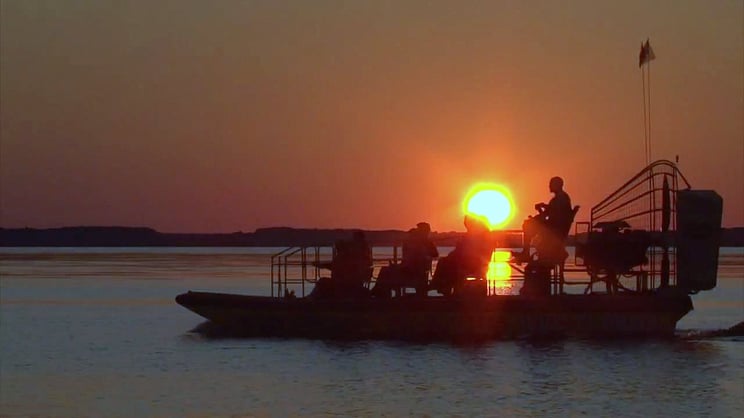 The Everglades is home to over 350 species of wildlife including alligators, birds and mammals such as the Florida Panther! Although we’d like to say it’s possible to spot all of these wild animals on one airboat ride, we’d be lying. Not just because an hour isn’t long enough to experience every part of the swamp, but because some of the wildlife only comes alive in the night. Many animals sleep during the day and hunt during the night, while others such as our sloths, tend to snooze all day long.

So, if you and your family can’t decide whether to take an airboat ride during the day or the night, we’re sharing some details to help with the decision-making process. We recommend that if you ever get the chance to go on more than one Orlando airboat ride, try and switch it up to a different time so you can really experience the animals in their natural habitat! 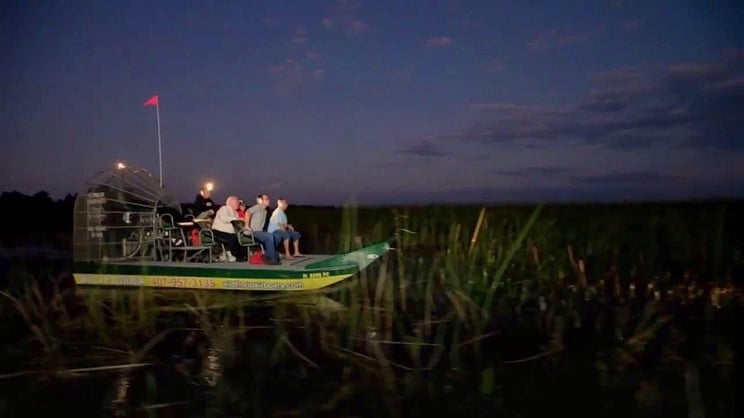 Airboat ride at night? You may be thinking, Isn’t the airboat going to wake the animals? No way! Believe it or not, many of the wildlife are just beginning their day once the sun goes down. Not only is everyone waking up, but they’re also very noisy. During the spring time, alligators begin to mate at night and they tend to be pretty vocal while looking for a mate. Alligators communicate with one another by making loud sounds similar to an old car starting. Alligators and other Florida native wildlife do their hunting in the dark, so be on the lookout. The best part about an airboat ride at night that you won’t experience during the day? Spotting the wildlife by their eyes! At night, alligators’ eyes glow a bright red, while raccoon eyes are yellow and deer eyes have a dark blue tint. During the dark hours of the night, you’ll get to hear the wildlife communicating… frogs croaking, birds and insects chirping and owls hooting. You won’t hear that kind of natural music during the day! 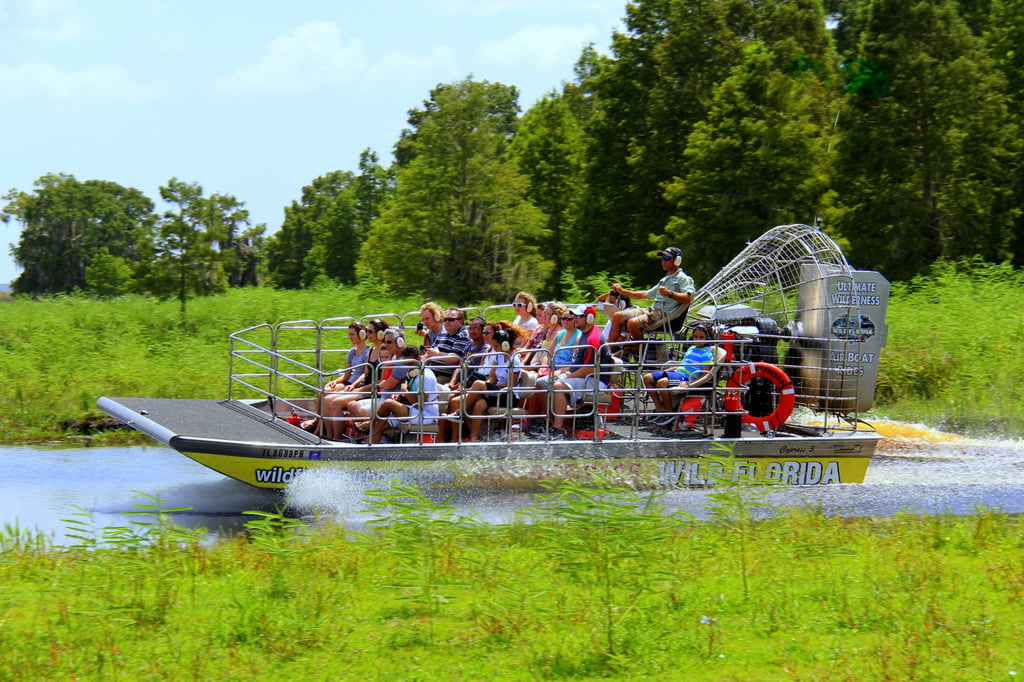 While an airboat ride at night is an exciting and daring experience, some of the little ones might not be ready to wander through the swamp in the dark. So if the moonlight airboat ride isn’t right for your family just yet, then an airboat ride during the day is for you! The best part about an airboat ride during the day? The sun is a natural light to spot the wildlife, so no need for the boat headlights and flashlights! During the night, it’s easy to miss the baby gator that swims by or Great Blue Heron hanging out on the other side of the swamp if you’re not paying attention, but during the day, even if they swim or fly away, you’ll still be able to see them. Florida has the second largest population of bald eagles, and our airboat captains are pros at discovering them up in the cypress trees during the day, so make sure to listen carefully (even though we know it’s not easy to hear when the airboat is moving). During the cooler months of the year, you’re more likely to see alligators out of the water sunbathing to keep warm, so they’ll be easier to point out, too! There are five different times our airboats go out on Lake Cypress throughout the day, so you don’t have to worry about catching the first one out. So if you decide you want to tour the Gator & Wildlife Park first, go for it, because there will still be some rides you can catch later in the day.

Whether you choose to take an Orlando airboat ride during the day or at night, there will always be tons of animals out for you to discover… after all, the swamp is their forever home!