11 exotic animals you can meet at our Gator Park

11 exotic animals you can meet at our Gator Park

While we love taking people on Orlando airboat rides and showing off the headwaters of the Everglades, there's more to Wild Florida than being a top Orlando attraction. Our mission also invovles promoting a connection with animals and teaching about conservation. With that being said, we aim to educate guests on not just the animals native to Florida, but those found all over the world. That's why, in this blog, we're going to highlight some of the animals found both in other parts of the world and in our Gator Park.

Its name derived from black and white quills along the back of its head that can be raised into a crest, the North African crested porcupine is the largest porcupine in the world. Its quills measure about 13 to 14 inches long and are a great defense when fending off predators. But luckily for the females, their babies aren't born with these hard quills. It's only about a week later after their birth that the soft quills along their spine begin to harden.

Primarily found in savanna grassland environments, they can also be found in other habitats as long as there are multiple water sources within the area. Within the tall grasslands, the serval uses its hearing to locate small mammals moving through the grass or underground. The serval's sensitive hearing enables the animal to hunt its prey, sometimes without even seeing it until the final pounce!

Members of the kangaroo clan, wallabies are marsupials (or pouched mammals) that are primarily found in Australia. Like the kangaroo, wallaby joeys are born tiny and underdeveloped, retreating into their mother's pouches. Despite only reaching 5 to 6 feet when fully grown, they have powerful hind legs that they use to reach high speeds, jump great distances and even as a defense against predators.

Popular because of their adorable faces and total laziness, the two-toed sloth has become a guest favorite in our Gator Park. Found in Central and South America, the sloth is the world's slowest mammal – they're so slow that algae has been known to grow on their furry backs, which is a great camouflage feature as they move among the trees in their rainforest homes.

Want to get up close and personal with a two-toed sloth for yourself? Book a sloth encounter online now!

Also known as the Ankole Longhorn, this breed of cattle is originally from Africa and can be distinguished by its large horns. Their horns can reach up to 8 ft. from tip to tip, and although their horns look intimidating, like a good offensive feature, their horns' primary purpose is for defense. They also serve as a way to keep their bodies cool.

Weighing in at (barely) one pound, the cotton-top tamarin is one of the smallest primates. Easily recognized by their long, white crest on top of their head and shoulders, they are found in the tropical forests of Colombia. One of the most impressive behaviors of the cotton-top tamarin is its communication and behavior amongst its own kind. Studies have revealed that they have altruistic and spiteful behaviors, along with a grammatical structure to their language. 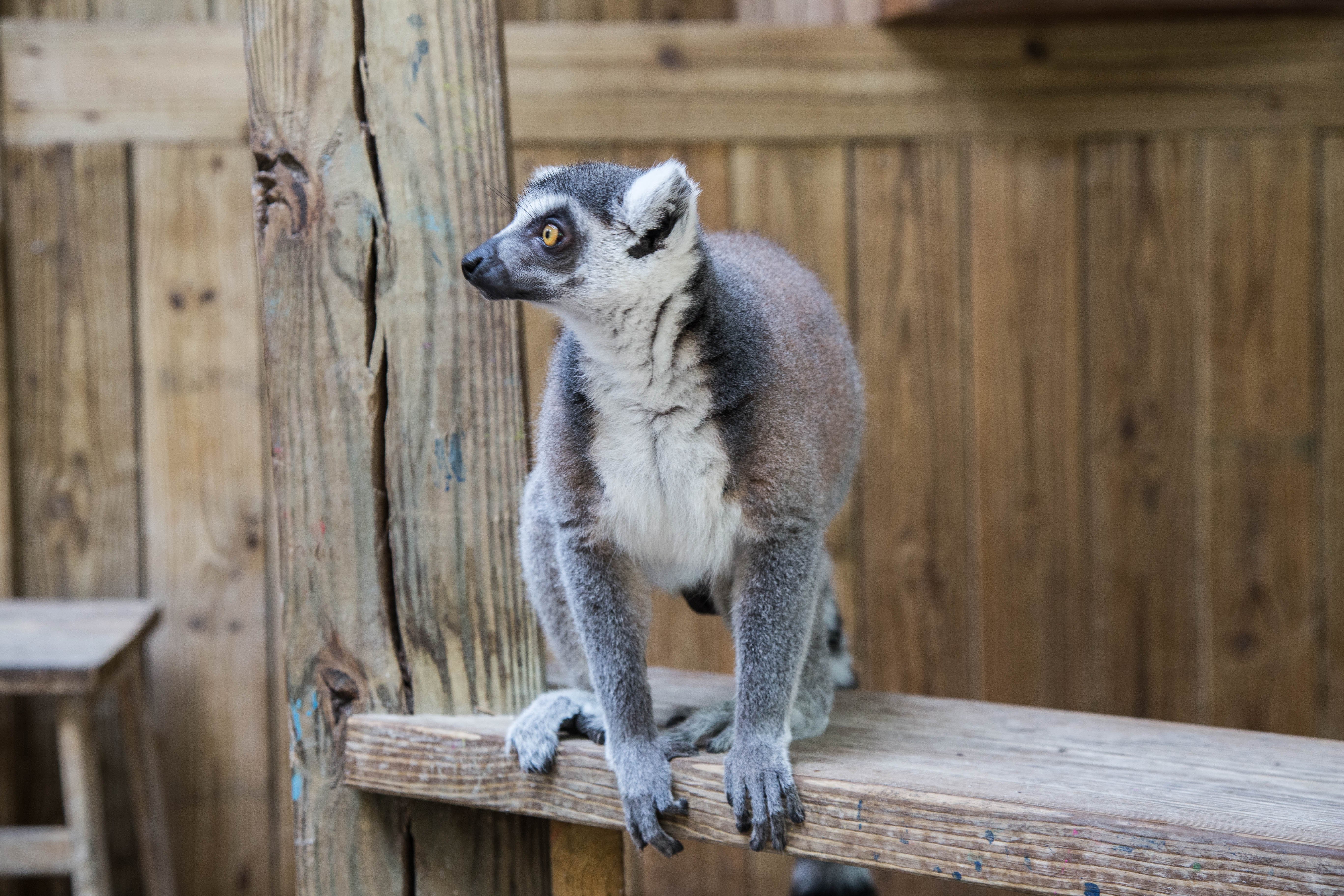 Best known for their appearance in the movie Madagascar, many people don't realize that they are only found on that island (and some tiny neighboring islands). Despite the length of their tails, ring-tailed lemurs use their hands and feet to move through the trees or on the ground, as their tail can't grip on to tree limbs. Traveling in groups known as "troops", ring-tailed lemurs use their powerful scent glands as a communication tool, a weapon and a way to keep their groups together.

A distant cousin of the ostrich, the emu is the second-largest living bird based on height. Reaching heights beyond 6 ft., these large flightless birds can travel great distances, and they're able to sprint at about 31 mph. While mainly foraging for a variety of plants and insects, they can go weeks without eating and even a few days without drinking water. But, somewhat like a camel, when they do come across a source of water, they will often fuel up before venturing off.

Easily distinguished by their black-and-white-striped coats, the stripe pattern is unique to each individual zebra. (Like your finger print!) And while there has been a lot of debate over the zebra's true coat color, science has finally provided an answer to the age-old question. Despite their coat's appearance, embryological evidence shows that the animal's background color is black, and the white stripes and bellies are additions.

Although the Indian peafowl is originally from India and Sri Lanka, you can catch these beauties roaming around our Gator Park. While most people may know that only the male peafowls carry the beautifully colored green and blue feathers, people are often surprised to hear that the term "peacock" only refers to the male peafowls. Female peafowls are actually known as peahens, and their babies are known as peachicks. 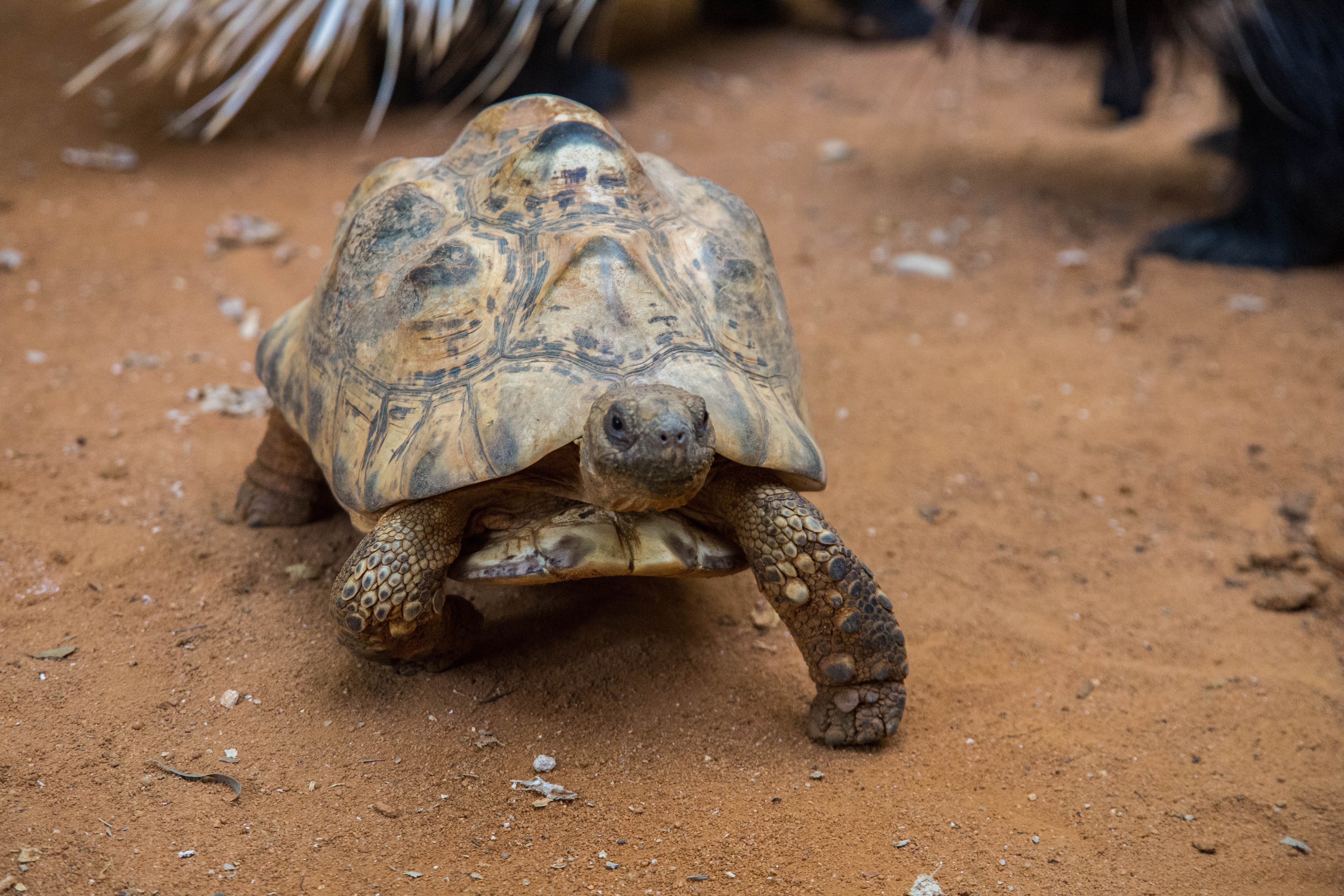 We hope this gave you some insight into what beautiful and interesting animals you can find at our place. If you're ready to meet them up close for yourself, check out our adventure packages and see which sounds like the best fit for your family. Remember, any of our airboat tickets will get you into the Gator Park for free, so make sure to stop on by before or after your Orlando airboat tour!