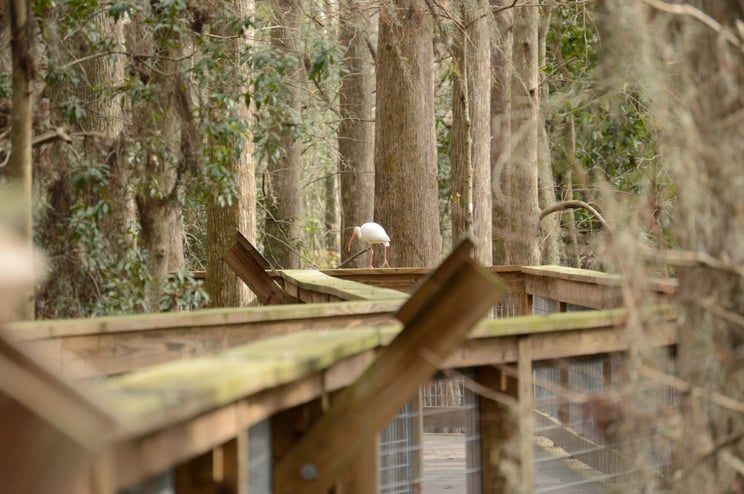 Many associate the Everglades with South Florida, where the slow-moving “river of grass” flows into the ocean.

But Central Florida is also a vital part of the Everglades, which spans far beyond the 1.5 million-acre national park near Miami. It’s actually a vast ecosystem encompassing millions of acres of undeveloped land between Central Florida and South Florida, including Lake Okeechobee and the Kissimmee River Valley.

It’s the largest subtropical wilderness in the U.S. and tourists from around the country and around the world are drawn to this natural wonder and its diverse plant and animal life every year.

Here in the middle of the state, we’re at the mouth of the Everglades. Activist and writer Marjory Stoneman Douglas dubbed it the “river of grass” in her 1947 book. And it’s easy to see why that applies in South Florida. There, the table-flat terrain goes on for miles in a southward flow of green as far as the eye can see.

But here, 250 miles north, our chains of freshwater lakes, rivers, and dense swamps add a rich dimension to the northern half of the Everglades, We’ve got thick oak canopies dripping with Spanish moss and gators galore living in the tawny waters. 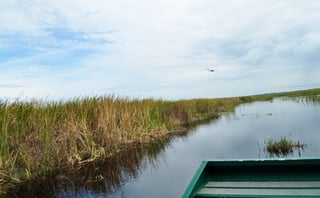 The slightly cooler climate in Central Florida gives way to a more diverse ecosystem vs. the southern end. We’ve got more of the smaller mammals such as raccoons, coyotes, and deer here in the north. The slight change of season can be seen in the changing colors of the cypress trees, which shed their leaves in the fall.

Here in Central Florida, you can get a seasonal Everglades experience, whereas in South Florida, the environment changes only slighty between wet and dry seasons.

When Florida was first being settled by the pioneers at the turn of the 20th Century, many considered the Everglades problematic, a big swamp that needed draining. That sentiment continued into the state’s post-WWII development boom until a movement to protect and celebrate this fragile ecosystem – instead of eliminate it – took root.

A 1960s-era project by the U.S. Army Corps of Engineers dramatically changed the flow of the Everglades by redirecting water from Central Florida to South Florida through a system of canals. It was designed to protect people living on the floodplain, but it almost wiped out the ecosystem. The state and federal governments have spent hundreds of millions to repair the damage over the past few decades, and the work continues.

South Florida has received a majority of the attention over years, but that’s changing. Some of the re-curving of the Kissimmee River couldn’t occur here in Central Florida because of the booming residential development.

But new efforts to restore and protect the Northern Everglades are now underway. We’re doing our best at Wild Florida to educate visitors about this fragile system while showing them why it’s worth protecting.

So whether you’re zipping across Lake Cypress on one of our airboat tours or strolling through Hawk Swamp in our Wildlife Park, you’ll be surrounded by the Everglades. Its history is full of mystery and adventure! Come discover your own Everglades story with us.