With every family trip, big or small, it's always important to capture unforgettable moments. From taking a photo of something you think is cool to capturing a video of a hilarious moment, it's a way to share that memory with your friends or remember it later with your family. So to help you save space on your camera and ensure that your vacation album is full of unique photos, here are 9 things you should capture when you visit Wild Florida.

1.  A video of a gator hissing or grunting

You may have heard a cat hiss before, but what about a gator? Although alligators have no vocal chords, they are considered the most vocal non-avian reptiles, able to produce a variety of hisses, grunts and growls. Alligators hiss to dissuade predators or other alligators that have ventured too close. Baby gators in the wild produce a grunting sound to attract their mother's attention. But with no immediate predators in the Gator Pond, the grunts you might hear are to communicate with one another. Female gators can also produce a grunting sound; however, this primarily occurs during mating season. Hopefully you'll be able to hear and record them for yourself during your visit!

2. A picture with our Ranch Buggy 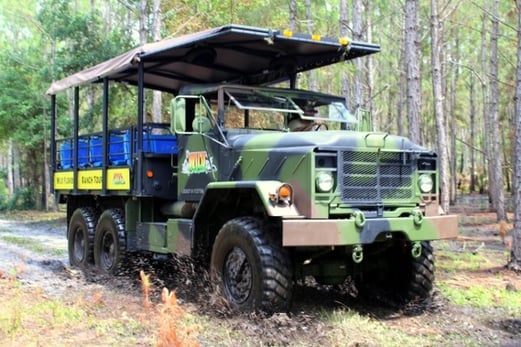 On your airboat ride, you might notice a few cows along the shore. While they may not be wild cows, they roam around the acres of the Doc Partin Ranch that just happens neighbor Lake Cypress. The cattle that you’ll see are known as Brahman cattle and are native to India. But in 1936, they were introduced to Osceola County by Henry Partin because of their ability to live in warmer, harsher climates. The only way you’ll really be able to see them up close is if you hop on our Ranch Buggy and roam the range with us. Being a M35 2½-ton cargo truck, you'll a great view of the cattle and the ranch they call home.

While the average size of the American alligator ranges between 9 ft and 10 ft for females and 10 ft and 15 ft for males, there was a gator that measured in at a whopping 20 ft! Back in 1913, two cowboys rode into one of the rivers that feeds into Lake Cypress to look for cracker cows and never returned. Legend has it that the two were attacked and killed by a 20-foot alligator during their search. And while the truth may still be out there, this story is a local favorite. So to carry on the tale, we commissioned Metal Magic Creations to build us a replica of the 20-foot gator. We placed it in the Gator and Wildlife Park so everyone could know and share the legend of Dead River. Consider it the next story you can tell when trying to scare your kids or impress your friends. 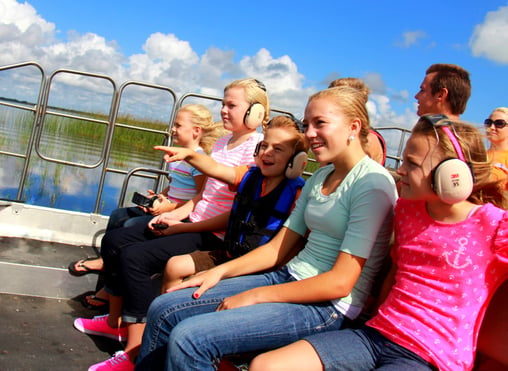 On most rollercoaster rides, it’s highly discouraged that you try taking a family picture. But on an Orlando airboat ride, you have no such limits! While an Orlando airboat tour may not be as fast a rollercoaster, airboats can race along the water between 30 and 35 mph. So you’ll be able to catch all the sun, adrenaline from the ride, and capture it all with your camera.

5. A video of our Gator Feeding Show

Depending on when you go on your Orlando airboat ride, you may either catch alligators sunbathing (during the colder months) or out in the water cooling off (usually in the hotter months). Very rarely do we catch gators in the act of hunting because they are more opportunistic hunters, despite other predators you might know of such as lions or tigers. But if you do want to see the power of their bite and get an idea of how they hunt, you’ll definitely want to watch our Gator Feeding show at our Gator Pond. This 2 acre pond is home to 150 gators (and turtles), and at 11:30am and 3:00pm, we feed them in front of our guests! 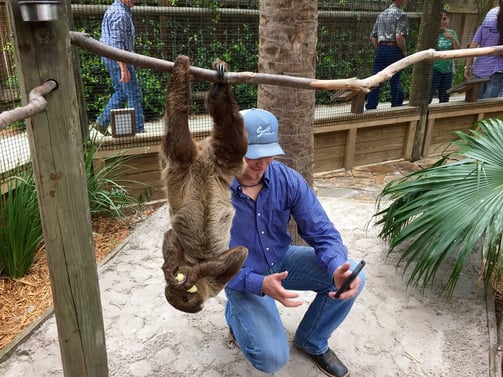 Kim Kardashian's claim to fame may be the infamous "selfie", but at Wild Florida, we're known for a different, more furry type of selfie. The #slothie! At Wild Florida, guests are able to get up close and personal with some of our two-toed sloths, Guy, George, and Ana. While sloths can sleep between 15 and 20 hours a day, during your sloth encounter, you'll get to feed, pet, and, more importantly, take your very first #slothie. So you better make sure there is enough storage on your phone before you try to take your picture!

7. Get your photo with Fluffy

While most people visit Wild Florida to see wild alligators out in the Florida Everglades, many don't expect that they can actually take a picture with one! Well, Fluffy may not exactly be a wild alligator, but rather our spokesgator! Living out on Lake Cypress has made him an expert on the wildlife that lives in the Everglades as well as knowledgeable on the Everglades' ecosystem. When he's not hanging out with his friends, you can meet him during our Exotic Animal Show and even take a photo. And don't worry, if you see him smiling, that just means he likes you! 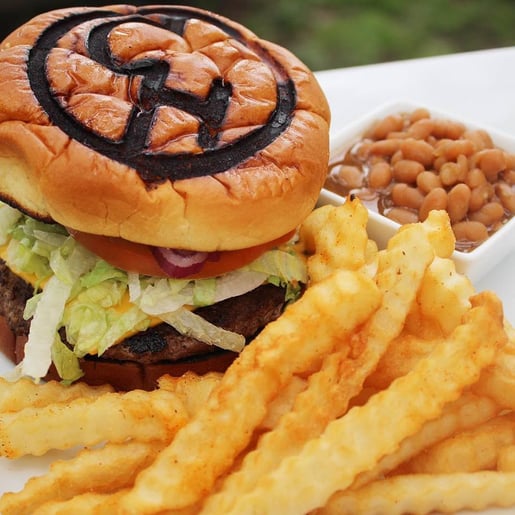 8. Pictures of the swamp delicacies that you ate

Despite operating in Florida since 2010, we've never quite adjusted to Florida's heat. So to give you a break and help keep you cool and refreshed during the those hot summer (or sometimes fall) days, stop on by our Chomp House Grill and pick up some grub for you and your family to munch on. While the Chomp House Grill does serve some food you might be familiar with, such as hamburgers, chicken, etc., there are a few swamp delicacies you can try – that is if you're feeling brave... Just make sure to take a before and after shot so you can prove it to all your friends!

9. A video of a red ruffed lemur call

Within the Gator and Wildlife Park, you'll see a number of animals that are native to Florida, along with those that are found around the world. But even before stepping into the park, you might hear a loud calling sound. Don’t be worried, it’s probably just one of our red-ruffed lemurs, Leo or Lucy. Throughout the day, you’ll be able to hear them talking to one another through loud bellows, calls, or shrieks. But if you think they’re loud so far away, just imagine what it’s like up close, so make sure to stand at a distance.

Ready to start your vacation now? Book your Central Florida airboat ride online now to reserve your family's spot. And just to let you know, with all of our airboat ride tickets, you'll also gain FREE admission into our Gator and Wildlife Park. So make sure to bring extra camera batteries, back up phone chargers, and memory storage for all the cool and unique photos you're going to take.