So, there's been some talk recently about a certain Florida woman who has kept a pet gator named Rambo the same way you may have kept a pet dog named Fido.

In some ways, we get it. Alligators are fascinating creatures.

But having a pet alligator is not a good idea for a number of reasons. Do we even need to mention the size of their teeth? 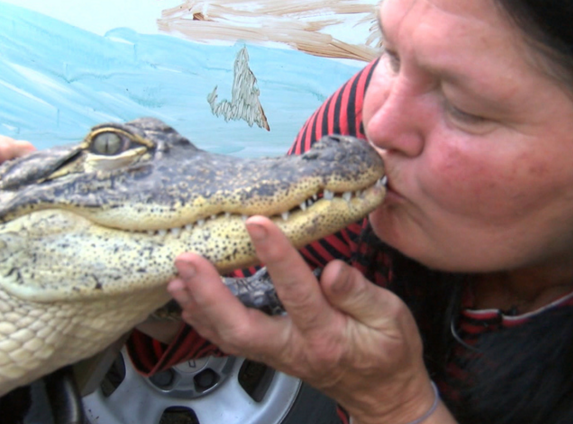 Reason number one why alligators don't make good pets: Alligators are unpredictable. While many people think alligators are aggressive hunters, they're actually just lurkers. This means they lurk around waiting for something tasty to come by. Alligators will eat almost anything: fish, turtles, small mammals, or birds... and even some larger mammals like deer. They also don't need to eat on a regular schedule the way people do. When you combine all of these factors, you can see how unpredictable (read as: unsafe) a gator would be as a pet.

Reason number two why alligators don't make good pets: Alligators can grow to be up to 13 feet long and weigh upwards of 1,500 pounds. Think about it this way: the average large dog weighs 65-80 pounds. That's nothing when you compare it to the size of a gator! In fact, the reason why the Lakeland woman's "pet" gator was brought to the public's attention was because of a recent denial for permitting* of her 125-pound gator.

Reason number three why alligators don't make good pets: Alligators trick people with their "laziness" when it comes to how dangerous they can be. Just because alligators are known for sunbathing doesn't mean they are harmless. Alligators can run at speeds up to 11 mph and can swim at speeds double that. If you run a 10-minute mile, you're running an average of 6 mph. Would you wan't to go up against a gator? Fun fact: Alligators can also jump up to 6 feet in the air from a resting position. That doesn't seem so lazy to us!

Reason number four why alligators don't make good pets: Alligators make it very hard for you to defend yourself against them when it's necessary. Alligators are armor-plated. This means they have bony plates inside the skin, called osteoderms or scutes, which make the skin very hard to penetrate. The spikes or ridges you see when looking at the back of an alligator are made by a piece of bone in that section of the alligator's skin. 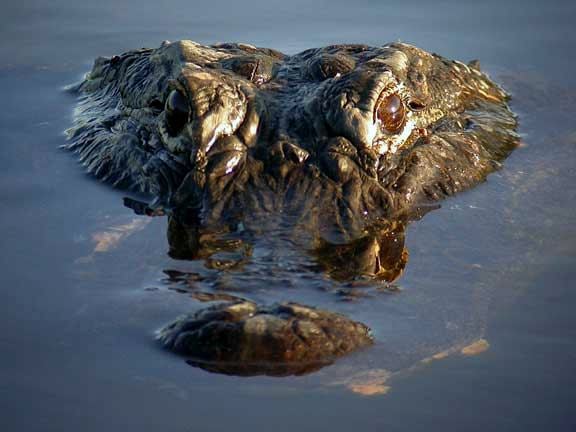 While Wild Florida is home to a Gator & Wildlife Park, that doesn't mean we keep them as pets. The alligators at Wild Florida are rescued from state-licensed nuisance trappers who remove gators from situations that could harm people. These "trouble makers" ended up in someone's swimming pool, backyard, or parking lot and had to be removed to keep everyone safe. Florida state law requires nuisance-trapped alligators to be relocated to captivity or euthanized. They cannot be released back into the wild once caught. We feel it's our privilege to save the life of these gators and make them part of the Wild Florida family!

*Yes, you can get a permit to house a gator, however, the Florida Fish and Wildlife Conservation Commission does note that Class II Wildlife, the class alligators fall in, can pose a danger to people.