The history of airboats in Florida

The history of airboats in Florida

If you’ve ever been on an airboat, you know they’re tons of fun. It’s an eco-friendly way to explore the swamps and wetlands of our great state. But have you ever wondered just how these boats came to be? Well, allow us to give you a bit of the history of airboats in Florida!

The first airboat dates all the way back to 1905 when Alexander Graham Bell invented it in Canada. It was dubbed "The Ugly Duckling" and was used to test various engines and prop configurations. Fast forward fifteen years to 1920 when the first airboat was registered here in Florida by a man named Glenn Hammond Curtiss, a pilot and engineer of early American aircraft. 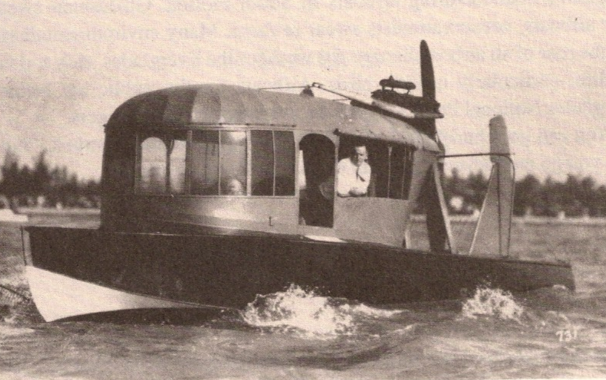 At first, they were used as work boats for fishermen and biologists to gather organisms, since they provided an easy way to access the shallow waters. A few years later, folks started using them to travel and explore the swamps of Florida. As airboats have evolved, they are now used mostly for entertainment, and at times, for public safety. In Florida, we use them in certain tourist-centric areas to show off the destination, such as beach cities. Our state also has many beautiful springs, lakes, and wildlife parks we can explore with airboats because of their design and structure.

Airboats aren’t only for a good time; they also save lives. In recent years, they’ve become important for rescue missions when hurricanes or floods hit coastal areas or areas with a large amount of wetlands.

Not to mention, if you’re a fishing aficionado, you know that airboats can be an indispensable tool. Nothing beats how close you can get to tons of fish species in the Everglades with an airboat!

The history of airboats at Wild Florida is a little different, though. Many of you know that while the water buffalo sparked the idea for our Gator and Wildlife Park, we got the entire attraction off the ground via airboat. We wanted to introduce visitors (and residents!) to the Central Florida Everglades we know and love so much. To us, there’s no better way than by airboat! We’ve since expanded the fleet to 8 airboats.

If reading this took you back to your first airboat ride, or made you want to experience your first, what are you waiting for? Book an airboat tour here, at one of the best Orlando airboat ride destinations around!