Any day spent with animals is sure to be one of the best ever and we’re not just saying that because we spend every day with them! They have a way of making you feel loved, even if they’ve never met you before. All of our animal encounters are experiences you’ll never forget and no two are the same... especially when we’re talking about an encounter with our lemurs. Our conspiracy of lemurs in the Gator and Wildlife Park may not have the best reputation due to their loud vocalizations and scary yellow eyes, but we promise they’re really sweet and filled with energy. So, if you're having trouble deciding which animal encounter to adventure on this time, let us tell you about why a lemur encounter at Wild Florida might be the best thing ever. 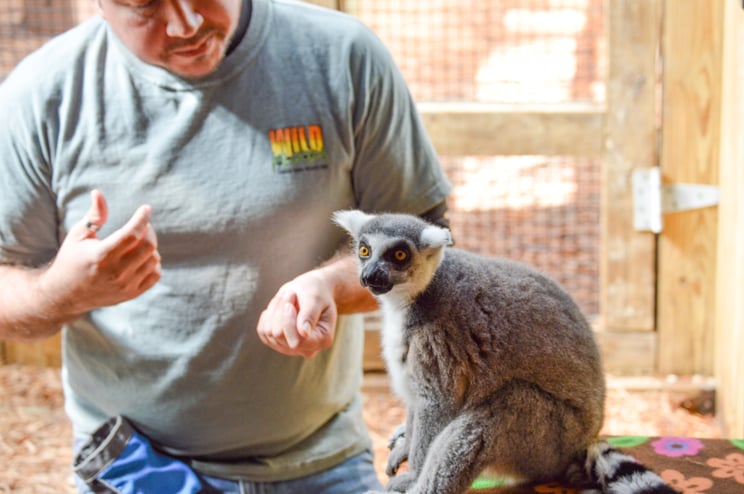 Lemurs are one of the most endangered species in the world. You may know of this animal from the movie Madagascar, but they’re actually from there, too! You won't typically find this primate anywhere other than the island of Madagascar and in captivity. The biggest threat they face is deforestation due to slash-and-burn agriculture. They're also hunted for food and captured to be pets. These cute, furry guys are known to raid crops and steal fruits from villages which gets them in trouble, too. They behave best in captivity and get along really well with humans. It also keeps them safe and under proper care. It’s not every day that you’re able to say you spent the day with a rare species like the lemur. 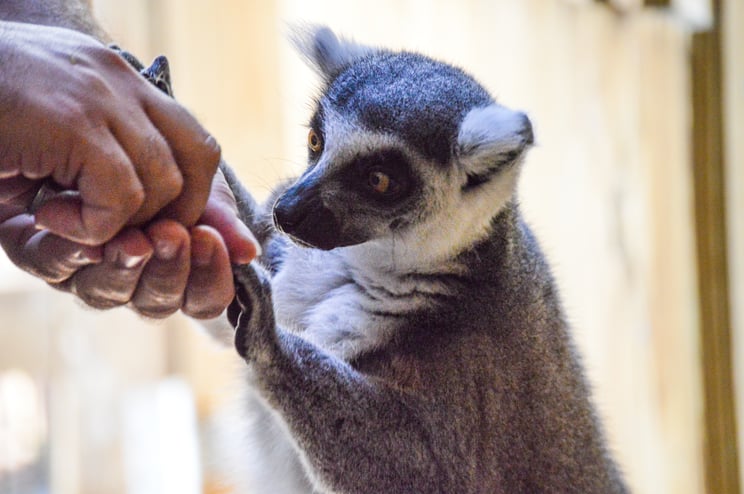 Lemurs love to chat and are very social. While adventuring through the Gator and Wildlife Park you’ll hear many animal sounds, some you may not even be able to put your finger on to identify. But we’re willing to bet it’s almost always our little lemur friends (ok, sometimes the peacocks outshine them or even the growl of a gator). These guys may be tiny but they are the most vocal of any of our animals. They always have something to say regardless of what kind of mood they're in. Lemurs are known to all chime in when one of them starts talking, too. Not all animals are as outgoing and chatty the way our lemurs are so you’ll always have someone to talk to when you’re hanging with these guys.

Lemurs are like energizer bunnies. Lemurs not only have a big voice, but also a ton of energy. These little ones are always moving and climbing around. They’re nocturnal, which means they’re most active at night, however, our lemurs seem to always be awake and ready to play at all hours of the day. So, when you come over to their house, on the day of your encounter, make sure you get plenty of sleep the night before because they're hard to keep up with. You’ll be entertained just by watching these little jumping beans move around… and you’ll probably need a nap after it, too.

Lemurs are a lot smarter than you think. Believe it or not, these noisy, tiny primates are super smart! In fact, the people of Madagascar believe the lemur to be an evil omen and symbol of death. This is partly due to them being unafraid of humans and just walking, or should we say climbing, through their villages. Lemurs have the ability to learn patterns and learn tasks that are often too complex for monkeys and apes. They can be trained to use all kinds of tools and have a great memory… so don’t think they’ll forget when you stopped by Wild Florida to play with them! 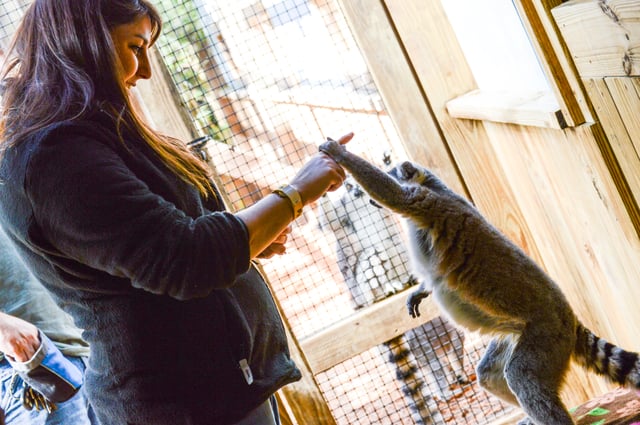 Lemurs have opposable thumbs. You may be thinking, Why would that make me want to book my animal encounter with them? Well, this means they're able to grasp and hold objects easier. But the real reason we thought this was worth mentioning is because lemurs at Wild Florida love to hold hands! How adorable is that?

So, after your Orlando airboat tour, come spend the day with our furry friends, the lemurs!