What are the effects of climate change on the Florida Everglades?

What are the effects of climate change on the Florida Everglades?

You might be familiar with some of the effects that climate change can have on the world, from melting ice caps to record heat temperatures in your own backyard. But some facts you don't hear about as often are the effects climate change will have on the Florida Everglades. With the Everglades making up almost 8 million acres of wildlife and foliage, and Wild Florida being located at the headwaters of the Everglades, it's safe to say this is something we think all Floridians should be aware of.

So, what exactly are the effects of climate change on the Florida Everglades? Well for one thing, it's sort of a mixed bag with some species faring better than others. (Putting the phrase, "survival of the fittest" into a whole new context, huh?!) With the current global projections, Florida's wildlife will need to adapt to higher temperatures, drier conditions, and rising sea levels. For animals like the American Crocodile, they might actually fare off better than other species as they have a higher tolerance to warmer temperatures. 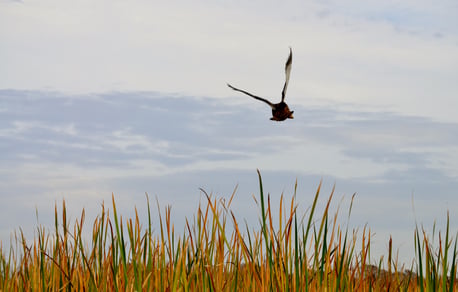 However, for some species, the change in conditions can mean extinction. For the Cape Sable Seaside Sparrow, livable conditions are already scarce, many having to live just on the boarder of the Everglades National Park. But with changing climate, this may worsen the bird's situation, causing the sparrow to disappear entirely from Florida. And with this in mind, our community would have to decide whether it would be best to relocate these sparrows to more suitable conditions, establish captive colonies, or allow the bird to go into extinction.

But climate change won't just affect the species found on land. With the rising sea levels, there could be potentially harmful impacts on the recreational fishery in Florida Bay, affecting fish species such as bonefish, yellowtail snapper, permit, redfish, snook, spotted seat trout and tarpon. The warming water temperatures also pose a threat to coral species and might even lead to more hurricanes. While Floridan's may not be surprised by all the damage a hurricane can cause, they often don't associate the damage the environment inflicts during the storm. Ultimately, the effects of more frequent hurricanes would cause a great strain on the environment, destroying habitats for species in the Everglades. 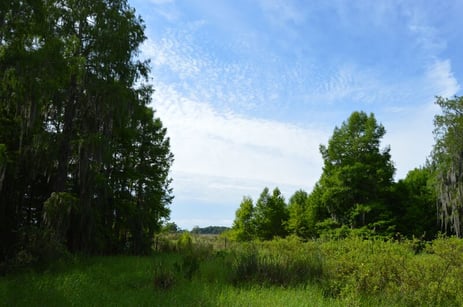 While it may seem like we're on a set path when it comes to climate change, there are ways that we as a community can help slow down and hopefully alter the trajectory we're on. One way we can help is by reducing our Carbon Dioxide (CO2) emissions through carpooling or using energy efficient products. Another way to help the environment can be through reducing, reusing and recycling in your home. This helps conserve energy and reduces pollution and greenhouse gas emissions from resource extraction, manufacturing, and disposal. But one of the best ways you can help protect our environment is by educating others on the threats the Everglades faces and the solutions to help save this beautiful, diverse habitat.

Want to see the beauty of the Florida Everglades for yourself? Book your Orlando airboat tour now and see more than 70 species that call Lake Cypress home. That way, you don't have to keep looking at photos of the Everglades, you can experience it for yourself!