5 animals that should've made it to the Grammys

5 animals that should've made it to the Grammys

The 59th Annual Grammy Awards is right around the corner, and although we’re excited to see who brings home the most titles, we think The Recording Academy left a few nominees off the list. Even though these guys haven’t produced any albums recently, they sure do practice around the clock… Even in the wee hours of the night. They perform for all sorts of audiences and rarely get stage fright. So, without further ado, we’d like to introduce you to five animals that should’ve made it to the Grammys this year! 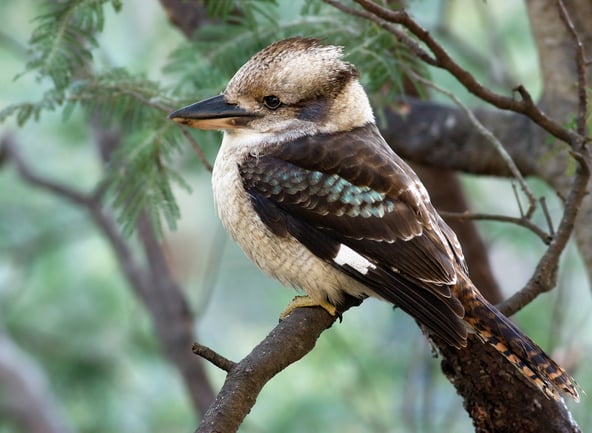 Kookaburra: The Kookaburra is the world’s largest kingfisher (group of small to medium-sized, brightly colored birds in the order Coraciiformes) and they’re broadly built. They have a large square head, a sizable beak and strong neck muscles. But the Kookaburra isn’t known for its looks, it's known for its very loud and distinctive call, which sounds similar to a human laughing. Its call starts off sounding like a slow chuckle and then builds up to a continuous “ha ha ha” that is a bit rowdy. When one Kookaburra hears another “singing”, they commonly all chime in and vocalize together to claim their territory and keep other animals away. If we could nominate the Kookaburra for a specific Grammy, it would be “Best Pop Duo/Group Performance”! 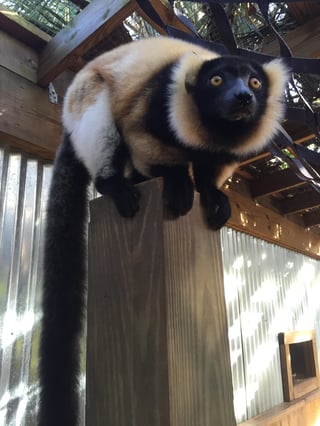 Red-Ruffed Lemur: Ruffed lemurs are among the most vocal of the non-human primates. Other than to give rappers like Jay-Z and Eminem a run for their money, their vocalizations have several purposes. When a red-ruffed lemur calls or sings, it’s usually to allow members of its group to maintain communication with each other when they decide to go opposite ways, to scare competitors off from their territory and to alert their group of a predator nearby. Red-ruffed lemurs are said to have at least 12 different vocalizations – take that, Mariah Carey! Their boisterous voice sounds like a harsh barking noise when they first start calling, but once the whole group chimes in, it sounds like one big, loud roar and you might even hear some squeaks and shrieks. If a red-ruffed lemur took the stage at the Grammys, it would come back to the Gator and Wildlife Park with the Grammy Award for “Best Rap Performance” because they’re so energetic and in tune with the beat of one another!

American Alligator: These reptiles are the most "talkative" crocodilian species and are said to start making noises while living in their eggs, before they’re even born! As adult gators, they communicate in many different ways, and each way sounds like they’re playing a musical instrument. Bellowing is one of the most well-known gator noises; it's comparable to the sound of a tuba that has something stuck in its horn.  The “underwater roar” alligators make also causes the water to rumble and make small waves, so it even looks like they’re dancing! So if we were the judges at this year’s Grammy Awards, the American alligator would be awarded the “Best Orchestral Performance”.

Cockatoos: Cockatoos are known for being sociable, chatty birds, and if they aren’t already talking to you, they’re probably singing to get your attention. Cockatoos are also known for babbling, and they usually babble so loud that no microphone is needed to hear them. It’s said that a cockatoo believes the sound of its flock screeching is music to its ears, and that’s what they’re so energetic and excited to make noise. Cockatoo calls are usually alarming and sound like someone is screaming, but with endless practice (most likely at dawn and dusk hours), they start to sound melodious. So it only makes sense that the 2017 Grammy Award for "Best Opera Recording" goes to the cockatoo! 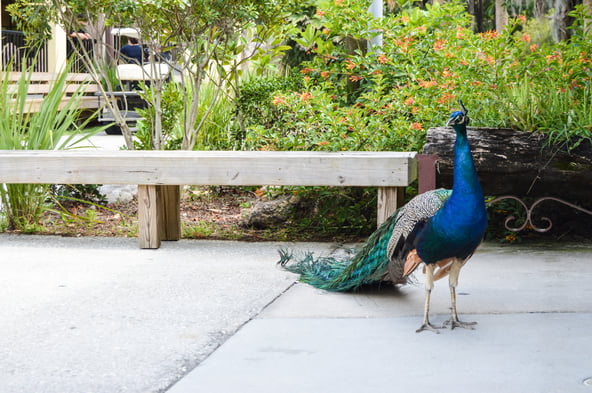 Peacocks: Peacocks are another bird that love the sound of their voices. Peacocks, the male peafowl, are quiet most of the year, but begin making the most noise during mating season. We like to think of the peacock as the artist that only comes around every once in a while, but when they do, they impress everyone and bring home the most awards. When peacocks sing, it sounds like the honk of a clown’s horn and they normally chant alone. With that being said, we believe the last award of the night would go to the peacock for – drum roll, please – “Best Pop Solo Performance”!

Since you won't catch these five artists performing on February 12th at the Annual Grammy Awards, you can stop by our Gator and Wildlife Park to hear them sing. Stay tuned, because maybe next year these five vocalists will represent Kenansville, Florida at the Grammys in Los Angeles!