On June 29, 2016, Florida Governor Rick Scott declared a state of emergency in Martin and St. Lucie counties due to the presence of the algae blooms in local waterways. 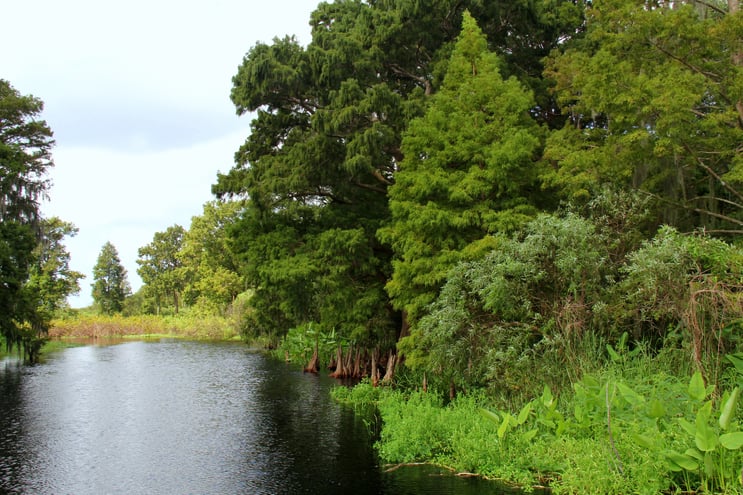 The funky, green algae affecting South Florida rivers and local beaches has been spreading. The algae began to be a problem in early June and has been polluting the waters of Martin, St. Lucie, Lee and Palm Beach counties, all of which link to the largest freshwater body in Florida, Lake Okeechobee.

Wondering where all the toxic algae came from? Well, the algae is a cyanobacteria found in Lake Okeechobee, which holds not only freshwater, but also runoff from nearby farms and neighborhoods. Because of such heavy rainfall, the government was led to pump billions of gallons of this polluted runoff into the lake in order to save crops and avoid flooding. You may be wondering why pumping water into a body of water can be harmful. Well, the runoff contains too many nutrients, mostly nitrogen and phosphorus, that act as a fertilizer to the water. Lake Okeechobee could only hold so much of the runoff before overflowing. Then the U.S. Army Corps of Engineers released the polluted water into rivers and estuaries leading to the coast, affecting local beaches.

The Everglades provides water for 1 in every 3 Floridans, and we should do as much as we can to protect it. Like many residents, here at Wild Florida we’re most considered with how this affects Florida’s environment and wildlife. According to the Centers for Disease Control and Prevention, toxic algae blooms are harmful to humans, companion animals, livestock, and wildlife. Swimming in the contaminated water can cause a rash, and drinking the water can cause nausea and vomiting. Some South Florida residents have also reported trouble breathing and coughing due to inhaling the toxic algae fumes. The bacteria are most harmful to the wildlife and organisms in the water because they can deplete the oxygen and block sunlight that are necessary for survival.

Currently, the Florida Department of Environmental Protection is continuing to test the toxicity levels in all areas where the algae is present. The U.S. Army Corps of Engineers has also decreased its discharge volume by 25 percent. Governor Rick Scott has planned to invest over $800 million to strengthen the dike that surrounds Lake Okeechobee and controls its water flow. Scott hopes to get this project completed before its scheduled date in 2025.

Residents and citizens should avoid areas that might have algae or where the water is discolored. However, the Center for Disease Control advises that if you do swim or boat in affected areas to rinse off as soon as possible. Although there's not much residents can do as of now to fix this problem, there are ways to preserve the natural beauty of the Everglades and protect our wildlife. If you want to learn more about how to protect the Everglades, you can visit our Gator and Wildlife Park and ask any of our staff for some tips!