What is the CERP? And how does it help the Florida Everglades?

What is the CERP? And how does it help the Florida Everglades?

Through the daily hustle and bustle of getting in cars and traveling through concrete jungles, it's easy to forget what Florida's natural beauty looks like. And some overseas visitors may feel like they traveled to an entirely new planet.

At the headwaters of the Everglades, we're fortunate to be able to wake up to beautiful views and share Florida's wildlife and foliage with locals and tourists alike. While the Everglades once made up more than 11 million acres, due to the effects of time and urbanization, the Everglades now makes up just over 2 million acres.

While this may seem discouraging, there have been local, state, and even federal level efforts to protect America's largest subtropical wilderness. In fact, the Comprehensive Everglades Restoration Plan (CERP) is the most comprehensive and expansive environmental restoration attempt to help protect the Everglades in U.S. history. In this blog, we'll break down what the CERP is and how it helps the Florida Everglades, the successes of the implementation, and other efforts being made to protect and reserve this environment. 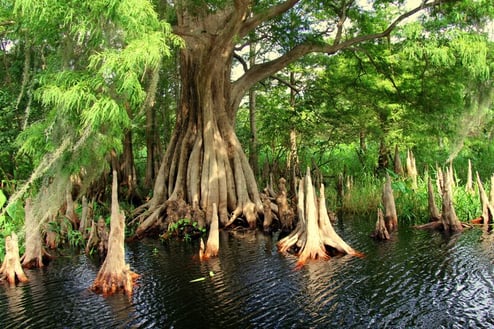 The battle to restore the Everglades originally started to remedy the damage inflicted on the environment during the 20th century. With years of lost battles between hurricanes and floods, the turning point that led to demands of protecting the Everglades became an issue in the early 1970s when there was a proposal to build a jetport in the Big Cypress Swamp. Since then, organizations such as the South Florida Water Management District have been created to oversee and protect the Everglades with federal and state laws that were set in place. But the most extensive plans of actions put in place to protect this habitat have come from the Comprehensive Everglades Restoration Plan.

Originally passed by Congress in 2000, the CERP's plan was to use the best available science and projections to restore the right "quantity, quality, timing, and distribution" of freshwater to the natural system. The development included running computer simulations to predict where channels of fresh water were running to and redirect them to flow water back to Everglades and Biscayne National Park (and possibly provide fresh water as a resource for urban populations). This unique federal and state bipartisanship plan ultimately created the South Florida Natural Resources Center (SFNRC) that serves as the forefront of the CERP in all decision-making efforts to 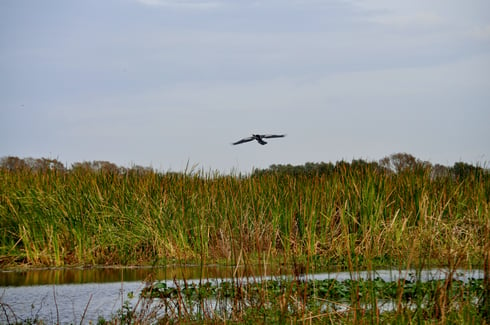 Since implementing the CERP's plans, the U.S. National Research Council releases the progress of the CERP's plans in periodic reports, the latest being released in 2012. While they noted that there has been little progress made in restoring the core of the remaining ecosystem, most project construction has occurred along the edge of the Everglades. The council adds that the new Central Everglades Planning Project, rolling out over the next few years, will provide a new approach to improving water quality and quantity in the ecosystem.