What is the difference between an airboat tour and a motorboat tour in the Everglades?

What is the difference between an airboat tour and a motorboat tour in the Everglades? 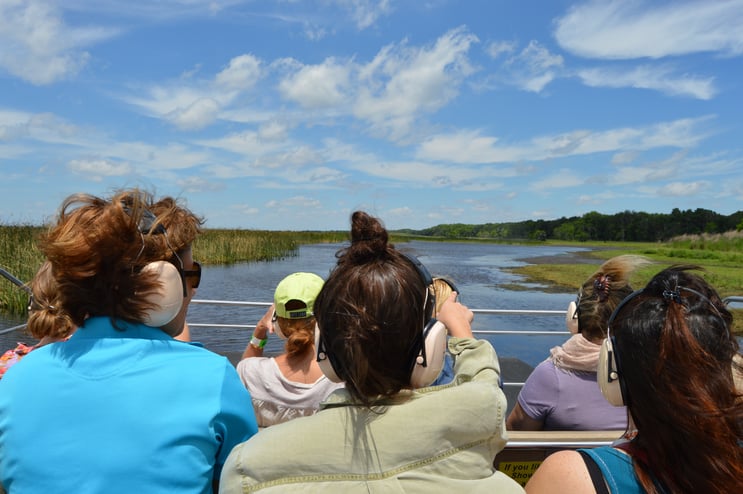 Exploring the Everglades is an experience you’ll never forget! In fact, you probably won’t get to see it all your first time around, and you’ll be back for more. However, it’s important to know the rules and regulations before getting your boat in the water in order to preserve the natural beauty of the Everglades. Visitors are able to explore certain parts of the Everglades by boat, kayak, canoe or airboat. Boating in the Everglades, no matter what kind of boat, requires captains to be experienced and knowledgeable about the waters. We're always talking about airboats here at Wild Florida, but motorboats can explore the swamp waters, too! So, we're sharing some of the differences between an airboat tour and motorboat tour in the Everglades.

We may be biased, but airboats are known to operate best in the waters of the Everglades. The swamp is different from a regular lake or the ocean due to its marshy, shallow waters and vegetation. An airboat is a flat-bottomed vessel boat powered by an aircraft-type propeller or automotive engine. They're known for their loud propellers which operate above the waterline, meaning the boat sits on the water and not in it. They can also operate in waters that are muddy, icy or dry, which allows the captain to explore parts of the park a regular boat couldn’t.

Speaking of captains, ever wonder why their seats sit way above the passengers? This allows them to see the vegetation and depth of the water before driving through it. Airboats are also able to push through vegetation without creating a wake so the wildlife are less likely to be disturbed. We think this is the best part about an airboat tour… spotting the wildlife. Sometimes the animals will even get real close to the boat when it's off because they aren't bothered by it. The rails on the inside of the airboat protect passengers all while giving them a great view of the water. They’re able to see anything that pops up or swims by while touring the Everglades, which is truly what it's all about. 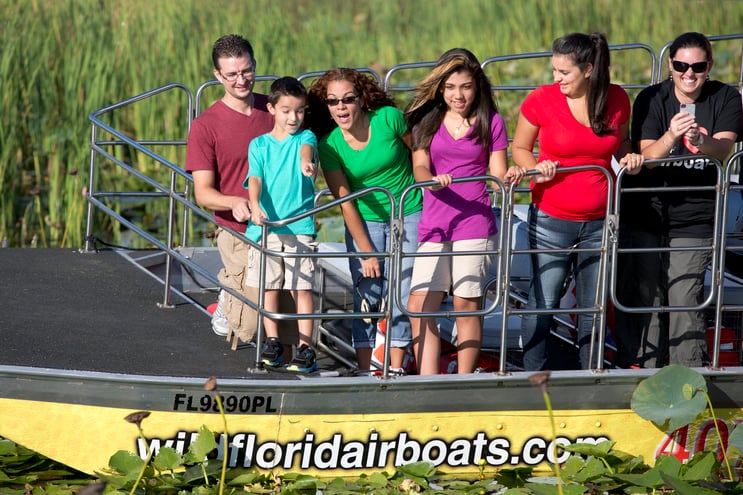 Unlike an airboat, a motorboat is usually designed for speed, which puts more restrictions on them. Traditional motorboats are powered by an engine where the gearbox and propeller sit outside the boat and in the water. Motorboat captains should be able to “read the waters” so they can protect the underwater habitats and wildlife as well as their boats. In no-motor areas of the Everglades, the engine must be removed by the transom. These areas include all freshwater lakes, including Paurotis and Nine Mile Pond as well as all inland lakes and creeks. However, the Everglades City area, Key Largo area, and Flamingo area allow motors at monitored speeds, or the use of paddles for boats with motors.

For more detailed motor restrictions, you can visit the National Park Service website. Because of these restrictions, traditional motorboat tours are less common in the Everglades, but experienced captains can make it worthwhile. They're best for fishing when touring the Everglades because of the size and configuration of the boat, but make sure to catch and release!

Both airboats and motorboats show you a side of the Everglades you can't see from the dock... like gators in their natural habitat. Whether a traditional motorboat or airboat is a better fit for the adventure you're looking for, make sure you know the safety rules and regulations.