Although many people are familiar with alligators living in the Everglades, they're actually found all over Florida! After all, the Sunshine State was their stomping ground way before it belonged to humans. The Florida Fish and Wildlife Conservation Commission (FWC) estimates that there are 5 million alligators spread out across the southeastern United States, and 1.3 million of those alligators call Florida home! For most gators in the south, they inhabit freshwater wetlands such as cypress swamps and marshes, but can sometimes be found in saltwater… or even in sewers! But don’t worry, these guys don’t prefer to be in these strange places. Just like humans, they prefer to live in the comfort of their own home and they don’t go out of their way to live elsewhere.

So, if you’re interested in finding out some of the weirdest places gators have been found in Florida, keep reading!

You may have noticed we left swimming in a Florida pool off this list, and that's because it's not as uncommon as you may think. According to the FWC, "Alligators become active when temperatures hit between 82 degrees to 92 degrees"... Which is the better part of a year in Florida. Trappers usually find one alligator in a pool every summer! 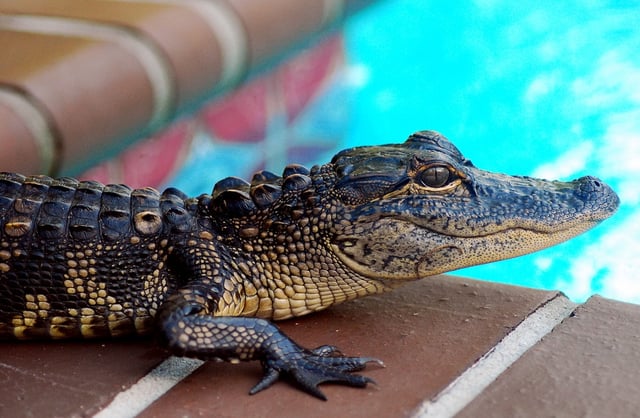 If you've spotted an alligator in Florida somewhere more off the wall than in these 5 places, share your story with us here or on our Facebook page and be sure to tag #BeWild!